anna lee / INANNA (same artist under different names) has created a series of songs in different projects addressing the environmental crisis we are now all up to our eyes in.

One major project was a series of songs about species extinction. This is a huge part of the environmental crisis that is maybe now overshadowed by climate change. But in fact the two issues are completely entwined. Climate change means species extinction (but also will allow for some species proliferation). Species extinction is happening due to a whole range of other human actions such as development, habit destruction (deforestation), and pollution through both the careless disposal of waste (e.g. plastic, pharmaceuticals ) but also the widespread deliberate use of pesticides and herbicides. Despite Rachel Carson’s era defining book Silent Spring (1962) about the poisoning of the American landscapes with DDT for purposes of ‘pest’ control, huge amounts of poisons are still poured onto land surface world wide

Under the anna lee, a series of lovely, gentle songs were released, made in collaboration with musician/composer Mariajosé León Rosas. These make up the CD “Once They Were”, an acoustic album dedicated to extinct animals. These are heartfelt songs lamenting specific species loss and raising awareness of extinction and possible extinction

CELIA (dedicated to the last Bucardo)

QiQi (dedicated to the last river dolphins on the Yangtze)

All can be seen here

Recently BBC Radio (UK) have broadcast a series called the Extinction Tapes which tells short (15 min) stories of extinctions, including that of the Yangtze river dolphins (song 4 above). They are online here but only for a limited period of time.

Under a new name, INNANNA is developing  an art-pop project which is electronica-ethnic fusion, merging an image that is both futuristic and mythological. Musically the songs depart  from the folk genre and instrumentation of previous work, even if acoustic elements remain important, most significantly the Middle-Eastern rhythms drawn from the performer’s experience from oriental dance. Her lyrics all explore the future of nature from a wide range emotional angles, ranging from distress and protest to hope and harmony, from tragic catharsis to inspired compassion and togetherness. For more info, see www.inannaworld.com Her upcoming two-part album will be called ACROTOPIA – a neologism, literally meaning “a higher place”, beyond fearful dystopias and unattainable utopias. In L.A. INANNA is allying with environmental and animal rights groups and will participate at the upcoming Earth Day 50th anniversary in April.

Among the songs out so far are On Fire  “an anthem about climate change, deforestation and habitat loss for animals” and Where We Belong, lyrics are on YouTube with the song. Future songs  will include more acoustic elements, such as oud, violin and more live darbuka drum. A new , futuristic, perhaps even optimistic song Twilight of the Dawn is to be released soon as a single. To complete the coming album ACROTOPIA, we are told she has just recorded a playful song called Naturocentric, a green daydream called Invisible City, and an powerful activist song called “Machine.” 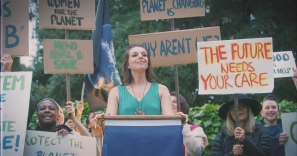 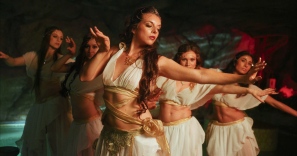 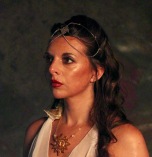